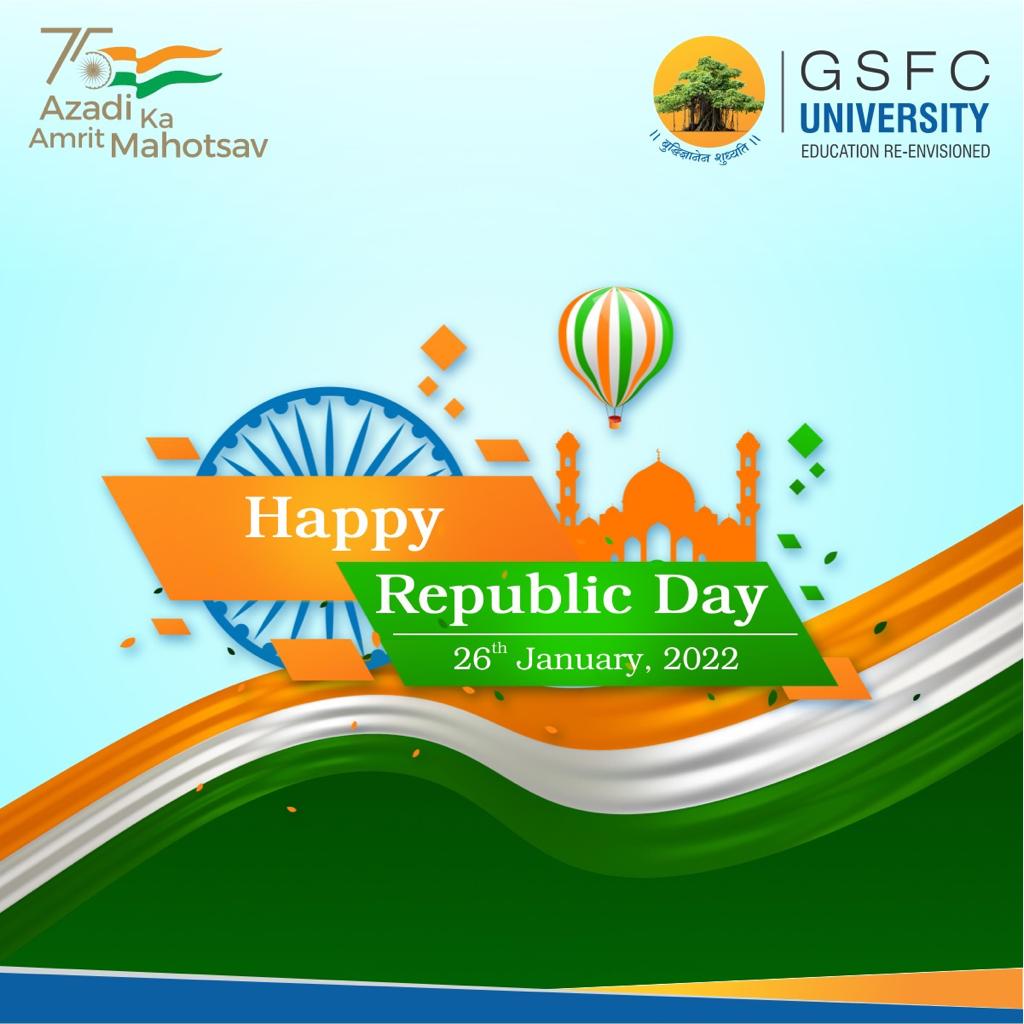 73rd Republic Day was celebrated at GSFC University on 26th January 2022. The event began with the Unfurling of the National Flag by the President of the University Shri P.K. Taneja, IAS (Retd.). On this occasion, Dr. Nikhil Zaveri, Vice-Chancellor, Shri Ramesh Panchal, Director (Admin), faculties, non-teaching staff and students remained present and witnessed the celebration.

On this occasion, Honorable President Shri P.K. Taneja addressed the gathering by his inspiring words and by paying a big salute to our freedom fighters who brought independence and also well prepared the Constitution by which we have emerged as one of the most respected nations in the world. He talked about how our nation could produce Covid19 vaccine not only for us but also for other countries, thereby adding a feather in our cap and also India has emerged to be a leader in the world in the area of Disaster Management. He mentioned that the Government of India has declared the 23rd January which is the birth date of Netaji Subhas Chandra Bose as Parakram Divas and it has been decided to include this day in the republic day festivities every year. He further added how YOGA is one of the many priceless gifts India has given to the world and today the whole world is celebrating International Yoga Day on June 21. He expressed his happiness with the progress made by the University so far. He talked about how January 16th has been recently declared as National Start up Day to help percolate start up culture to the grassroots level. He asked Faculties and Students to come up with new ideas and innovations through our GUIITAR Council which is a section 8 company, so that our contribution to the society remains significant.

He expressed his happiness towards Mr.Sudhir Vaid, CMD of Concord Biotech for extending the CSR support of Rs.1 crore for Biotechnology Research & Development which will go a long way by benefitting the student community in shaping their career in Life Sciences.

He appreciated the Faculties and Students for their various academic/non-academic achievements. He made the special mention of Dr. Mriganka Das, Assistant Professor-Chemistry for receiving Rs.18.3 lakh under the SERB-TARE Scheme sponsored by DST, GoI, and Dr. Ankit Sudhir, Assistant Professor-Biotechnology for receiving a grant of Rs.60,000 for conducting an International Webinar on Plant Biotechnology from GSBTM. He was also elated of the student achievements where he congratulated Jainil Joglekar from BBA for receiving Gold Medals at the District and State level at Kickboxing competition, Nilay Shah, Zalak Patel, Harsh Rajput, Nimit Shah and Manav Shah from B.Tech. Chemical Engineering for receiving the runners up position at Ahmedabad University at AIChE Regional Chapter Conference and AIChE Chapter at GSFC University is adjudged as one of the 8 Outstanding Student Chapters for 2020-21 Academic Year by AIChE Global, USA, from amongst 39 Chapters from India. He also acknowledged and congratulated the edX LMS system developed by Divyang Menghani, Tirth Jadvani & Veera Patel.

Lastly he urged to raise the quality bar and rise to the occasion for continuous improvement in our approach to education keeping students in the center. He further asked to prepare a roadmap for implementing New Education Policy at the University.

On this occasion 6th Volume of Science View Magazine was launched and awards were distributed to the meritorious students in various categories. 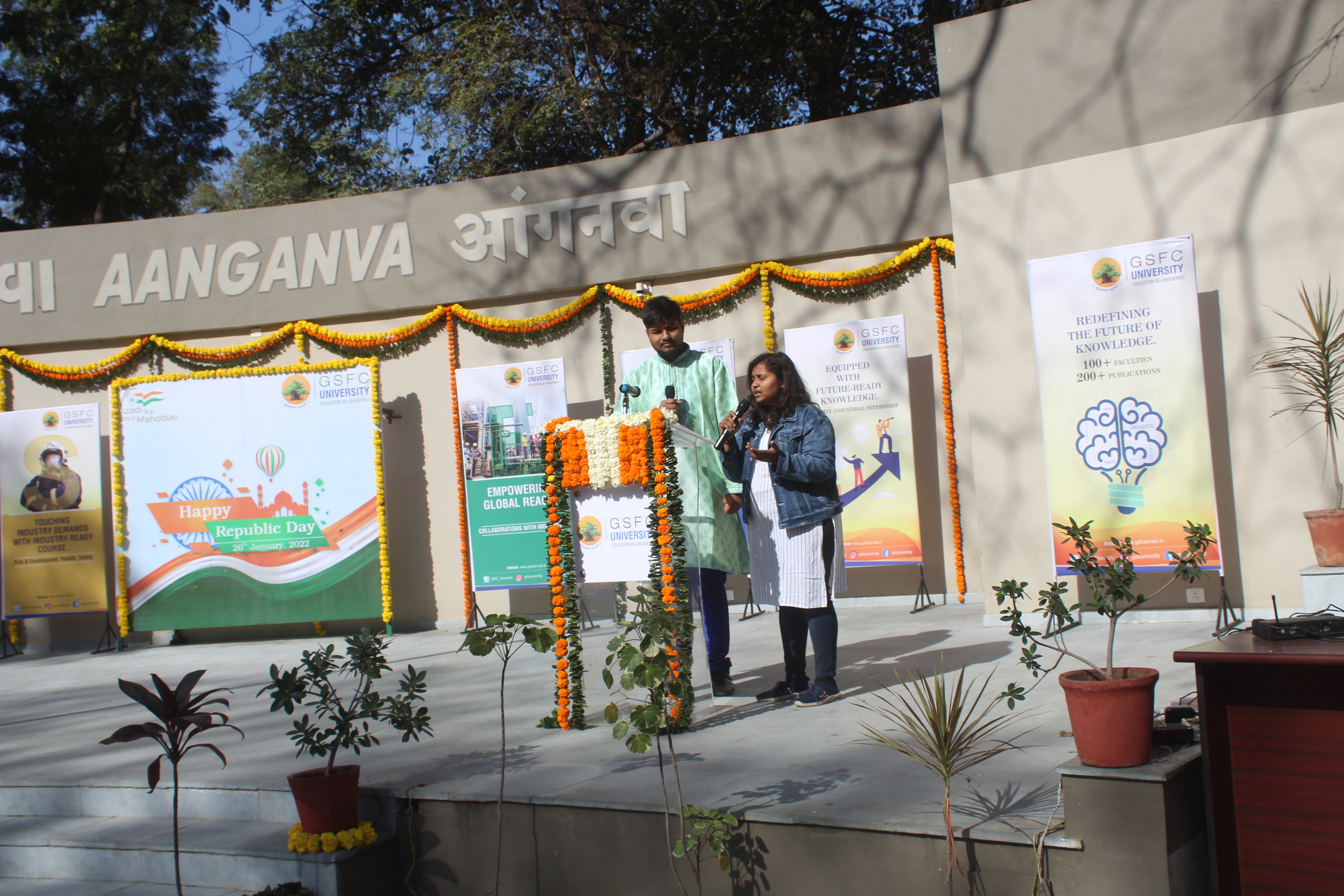 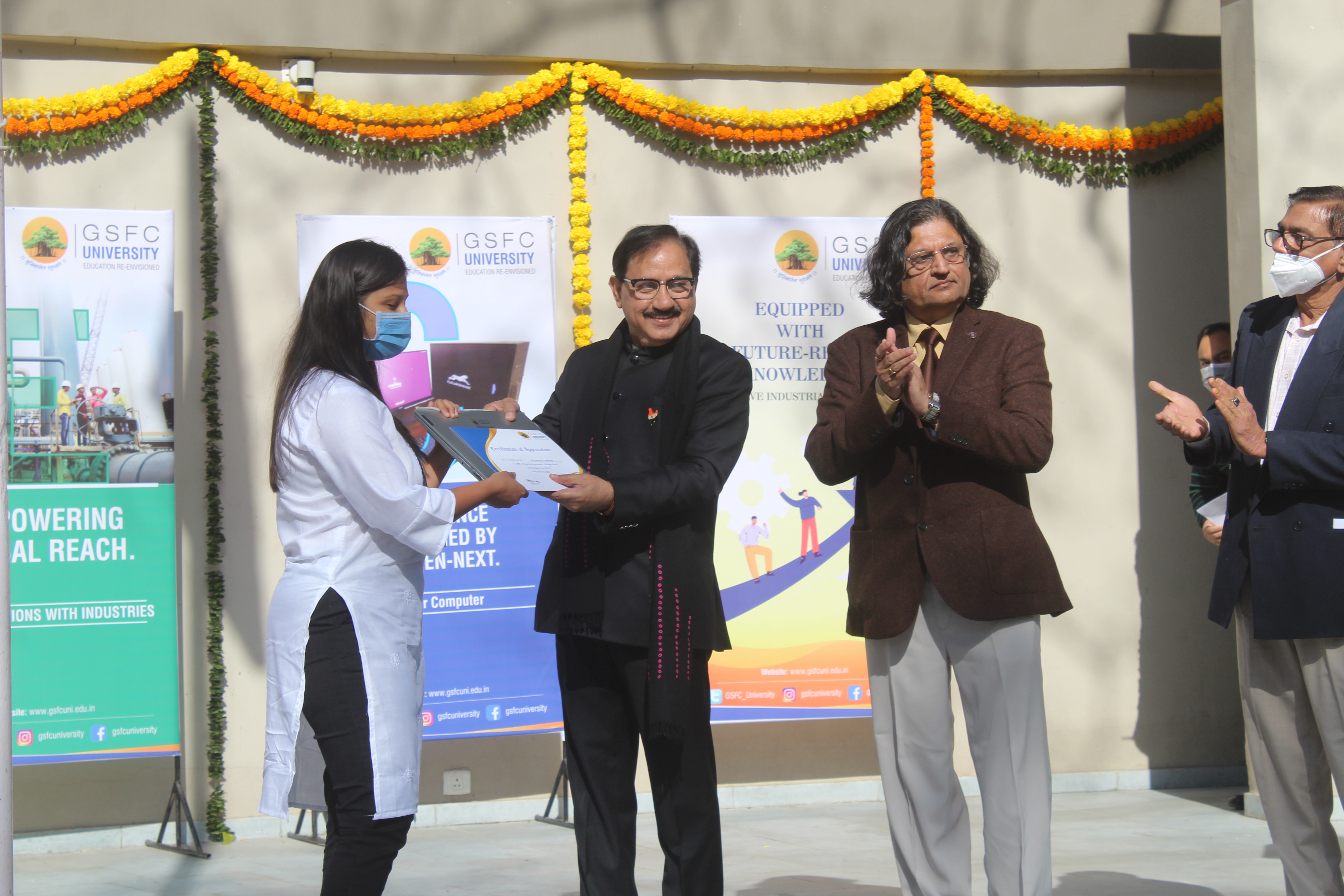 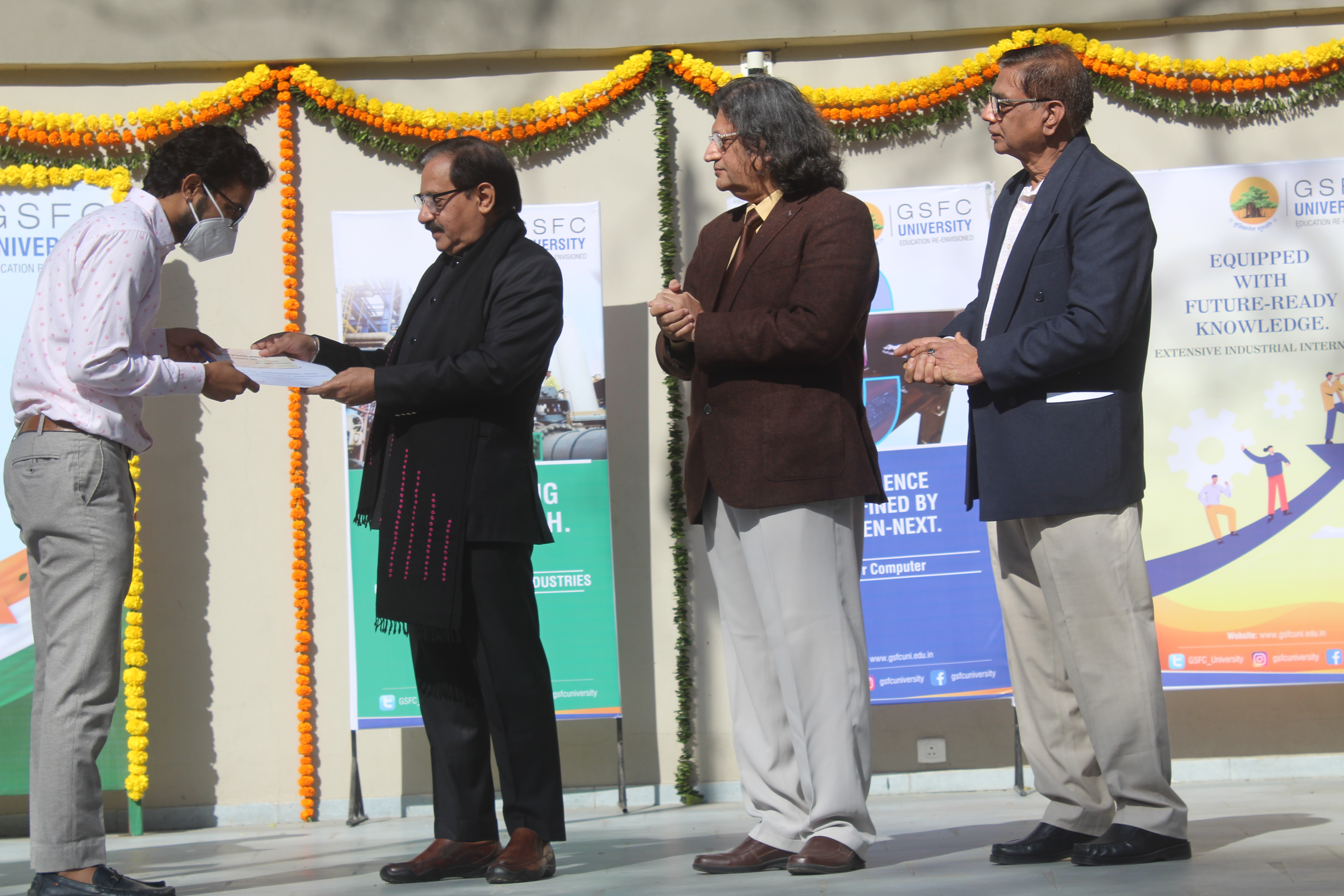 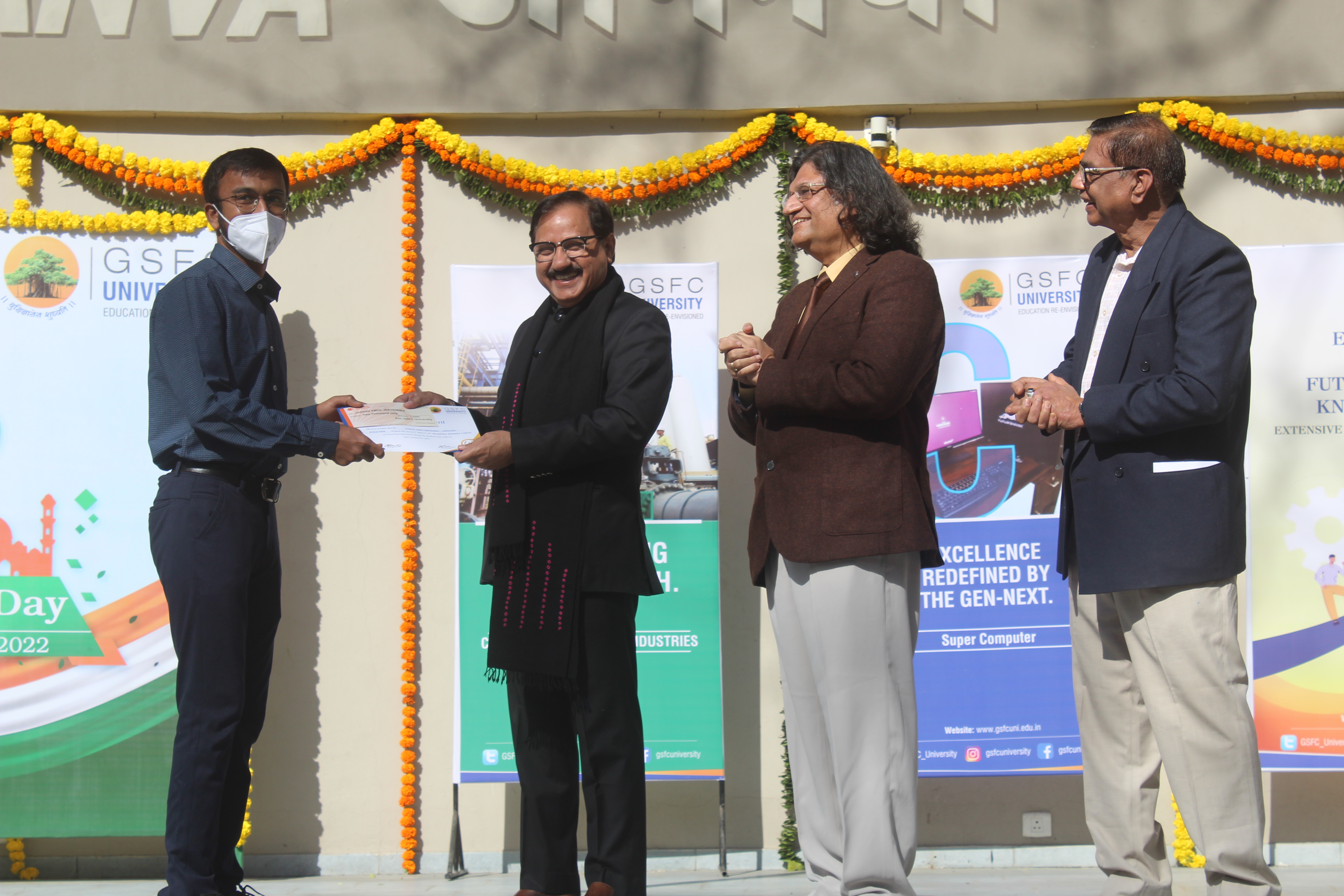 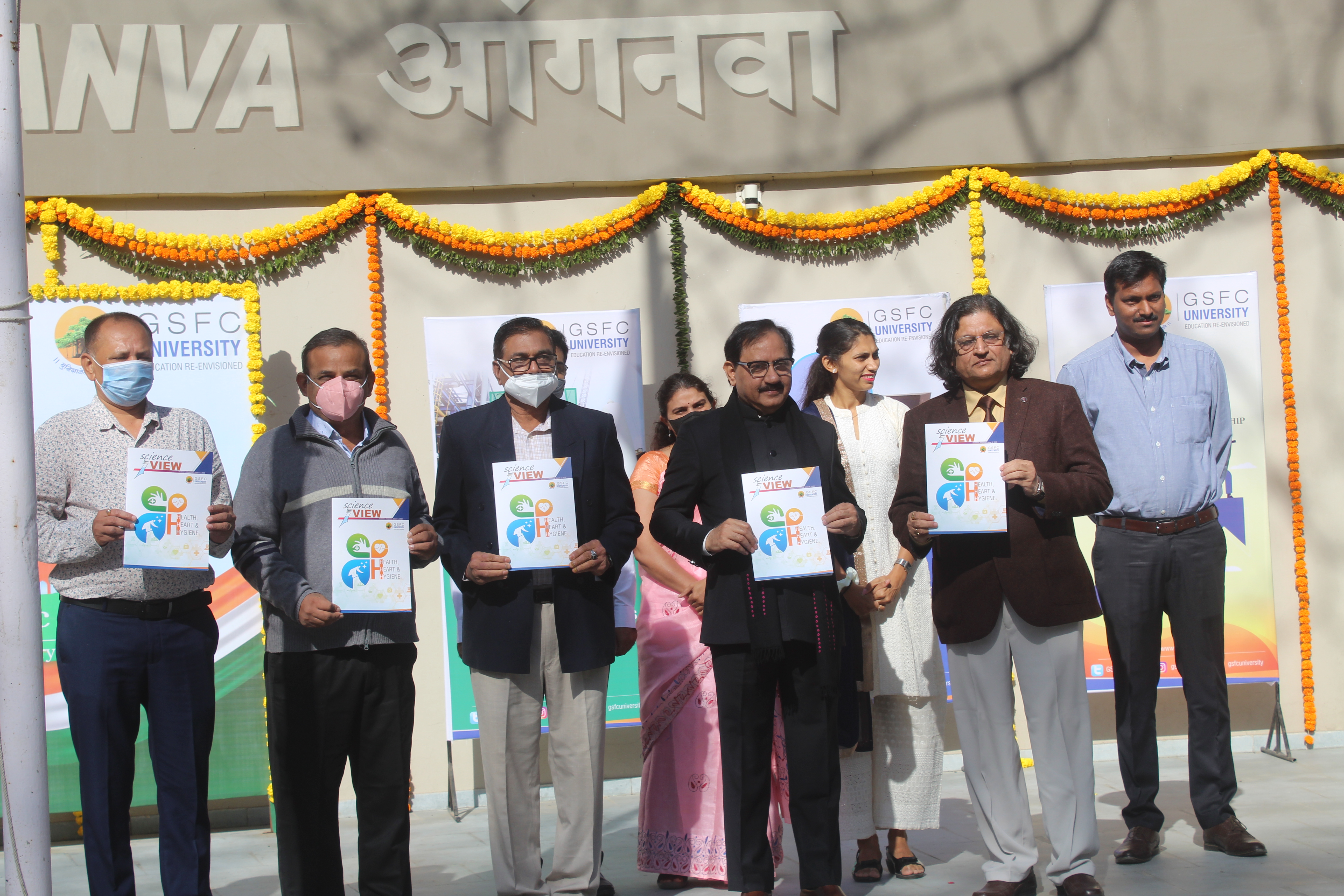 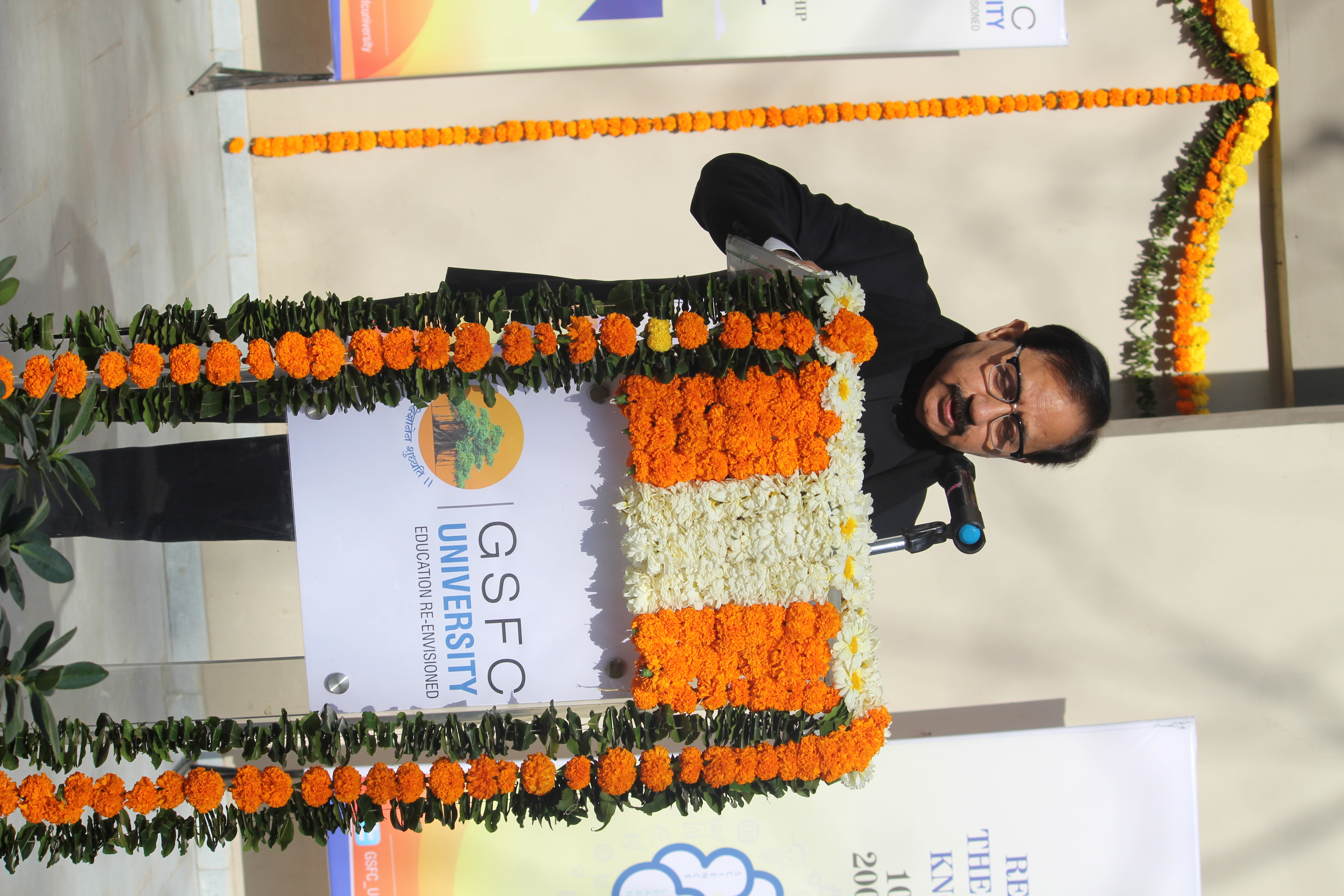 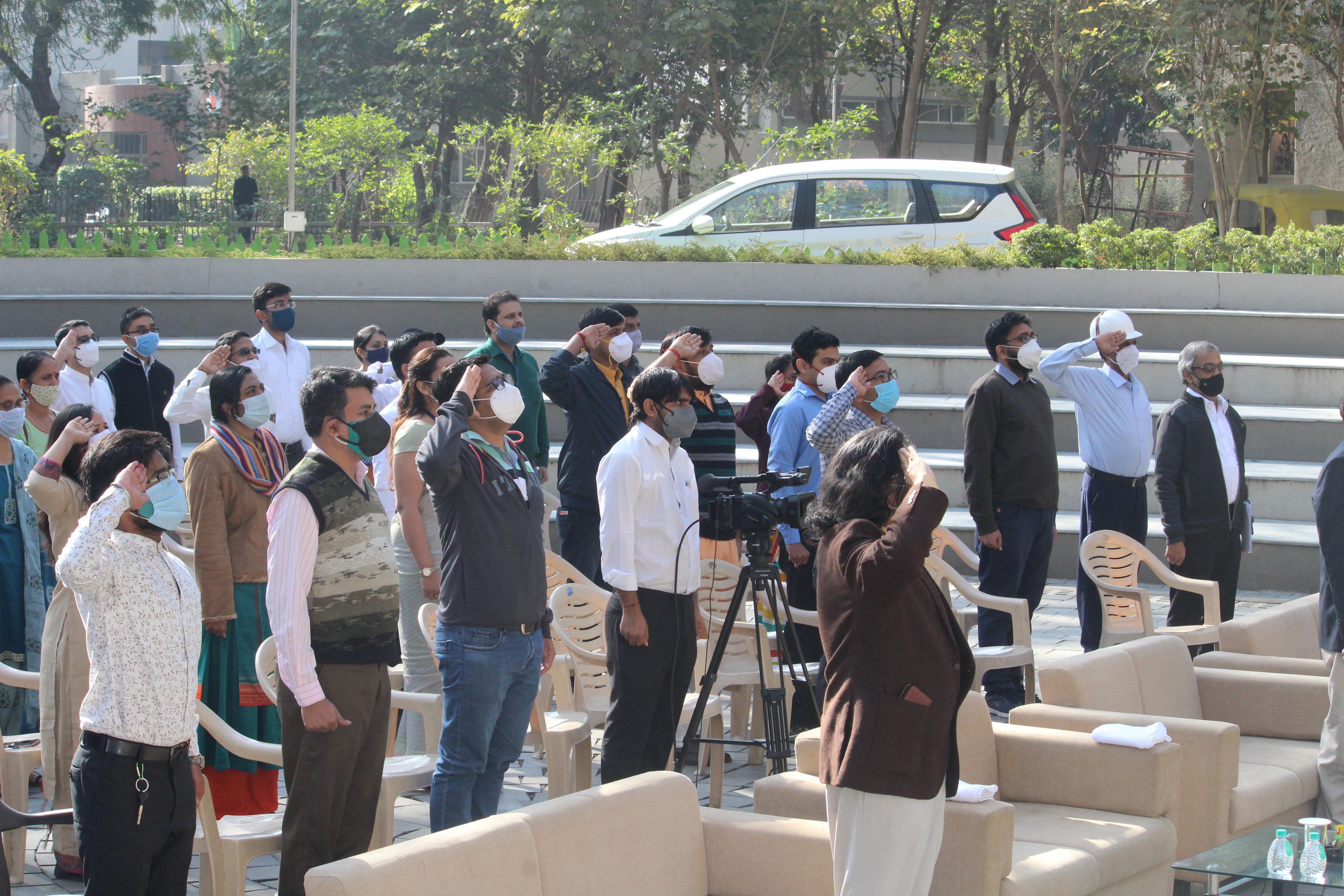 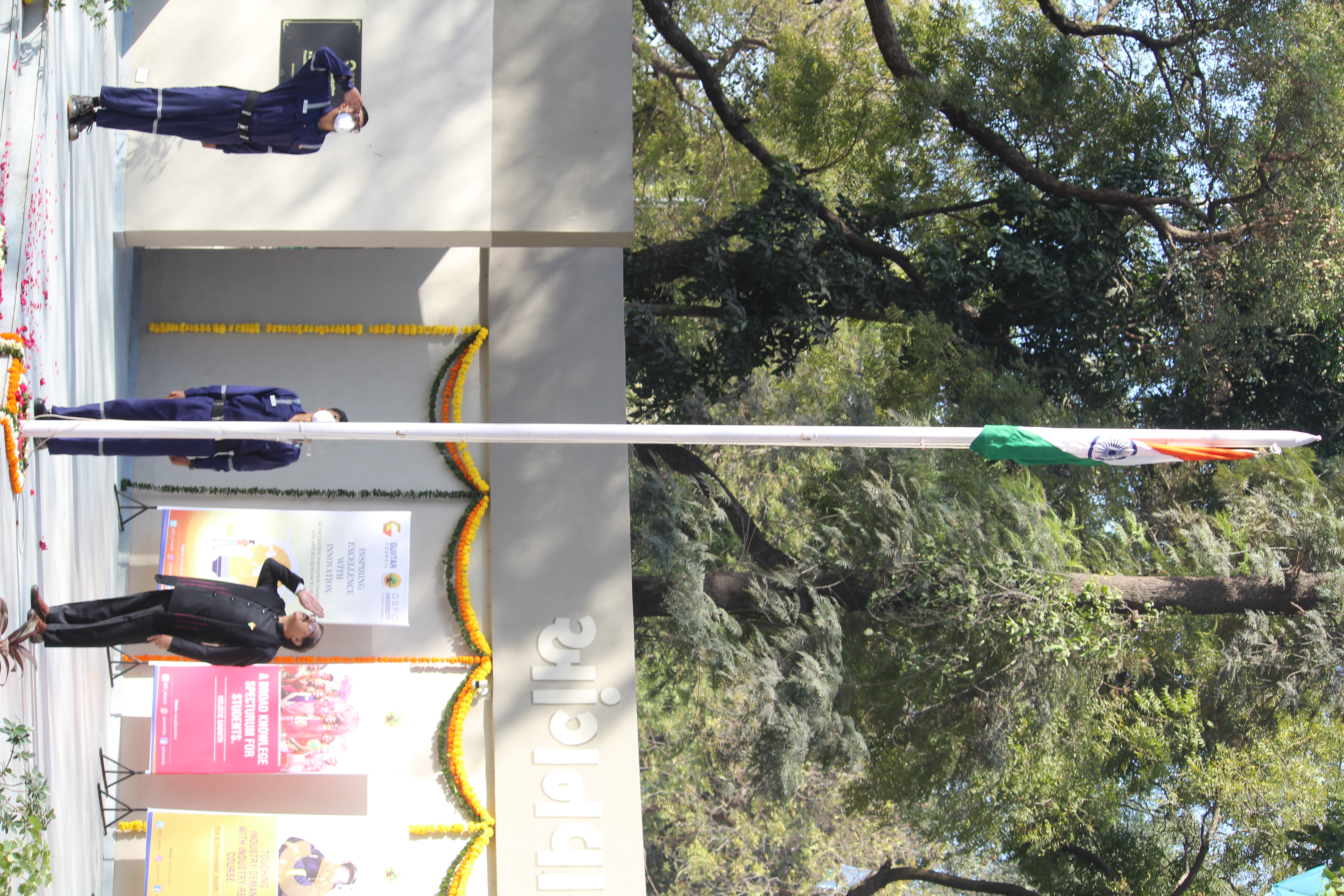